ANSIBLE - HOW TO SETUP ANSIBLE ENVIRONMENT

Ansible - How to setup Ansible Environment

In my example, I will should you how to setup your ansible environment and run the ping module.

1) I have created 3 Ubuntu servers with the names:-

Note:- I installed ansible on Server1 by running the below commands on ubuntu:-

Once ansible is installed on the server1, we can check it by running the command:- ansible --version

2) Then I generated ssh-keys on the server1 by running the command:= ssh-keygen -t rsa 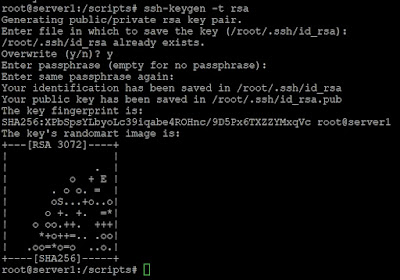 This is to make sure, we can run the ansible playbooks from the ansible server. I will be using root user to execute the playbooks.
4) Then I created a folder scripts which will be used for keeping all my playbooks, inventory files etc. 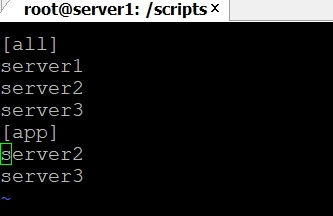 6) I also created a file ansible.cfg in the same folder - scripts and defined the name of my inventory file.
In my example, it is inv

7) Now we can check the connectivity between the servers with the help of ping module.
Command:- ansible -m ping [Name of the group defined in inventory file - inv)
In my example, I am running it on app group 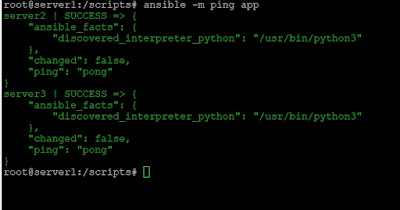 Now I am running the ping module for the all group defined in the inv file. 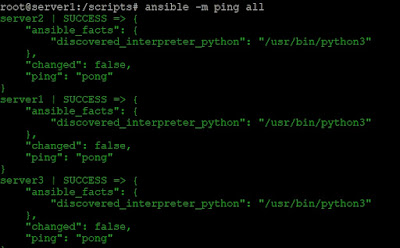 The above screenshots refers successfully connectivity between all the servers from the ansible server -server1.

Ansible for DevOps: Server and configuration management for humans

Ansible: From Beginner to Pro Paperback

Ansible: Up and Running- Automating Configuration Management and Deployment the Easy Way Paperback

Posted by Step By Step Practicals at 17:19